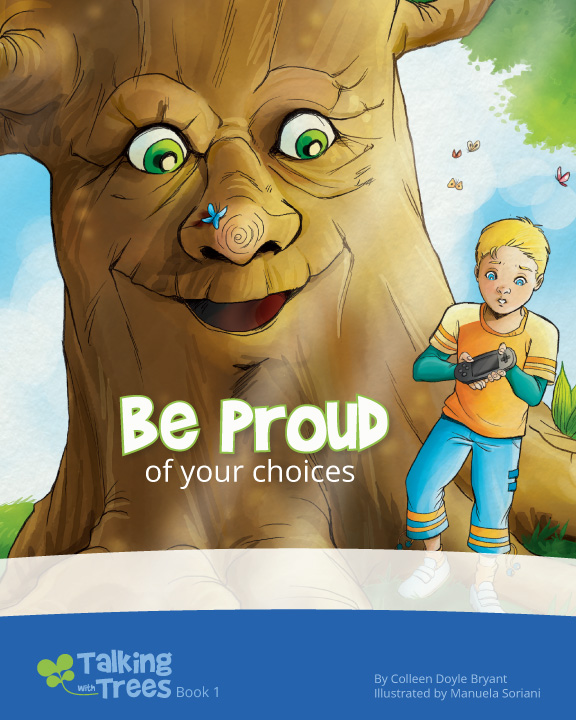 In Be Proud, a young boy sneaks out with a toy that his mother told him not to play with. As he sits in the shade of an old oak tree to play, he's surprised when the tree starts a conversation. She brings to his attention that even if his mom doesn't know he's sneaked off with the toy, he knows he's doing something dishonest. (SEL / Character issues: honesty, respect for parents, self-management, self-awareness)

Using a story about the boy's father making a similar mistake, the tree helps the boy see:   1) the boy's own conscience will remind him, in his heart, that he is doing something that is not ok, even if no one else knows about it,  2) Lots of people make mistakes when they are growing up. (SEL / Character topics: honesty, decision making, empathy)

The boy decides to return the toy so he can be proud of himself for doing the right thing. When the boy still feels bad for trying to hide in the first place, the tree helps him understand that making mistakes is part of life and that if he learns and tries to make things right again, then he should forgive himself and grow from the experience. (SEL/ Character topics: decision making, self-esteem, forgiveness, growth mindset) 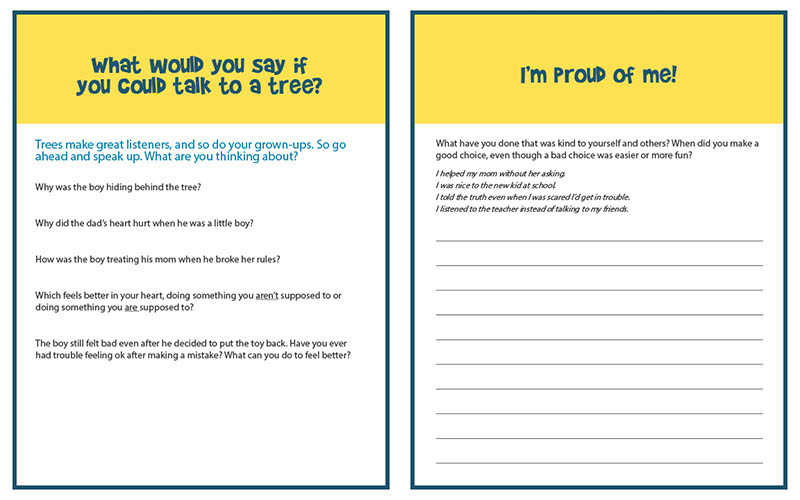 Why was the boy hiding behind the tree?

He was hiding because he knew he was doing something he was not supposed to do. Being honest doesn’t just mean “not lying”. If you have to hide what you are doing because you know it's wrong, then you are being dishonest, and we call it being deceitful.

Why did the dad’s heart hurt when he was a boy?

The boys dad's heart hurt because he knew in his heart that he was doing something that wasn’t ok. His conscience told him that what he was doing wasn’t in-line with what his family thinks is right. A conscience sends signals to your heart and mind to help you feel when something is right or wrong.

How was the boy treating his mom by breaking the rules?

He wasn’t showing her respect. Having respect for others means showing them that you care about their feelings and well being. The boy might not have agreed with his mom, but sneaking and being dishonest was showing her that he didn’t care how she would feel, and that's disrespectful.

Doing something you are supposed to do feels much better. Feeling bad about yourself for making a bad choice, even if no one else knows about it, is no fun. So when you are considering making a choice that doesn’t feel right in your heart, think of how good your heart will feel to do the right thing instead. Think how proud you can be of yourself for making the good choice. This is called listening to your conscience. Your conscience is the voice in your head and feeling in your heart that tells you if something is right or wrong.

The boy still felt bad even after he decided to put the toy back. Have you ever had trouble feeling ok after making a mistake? What can you do to feel better?

Everybody makes mistakes (even moms and dads). The important thing is to try to learn from the experience and make a better choice. If knowing how bad it feels to make a bad choice helps you make a better choice next time, well then something good came out of having made the mistake.

Back to Book Page 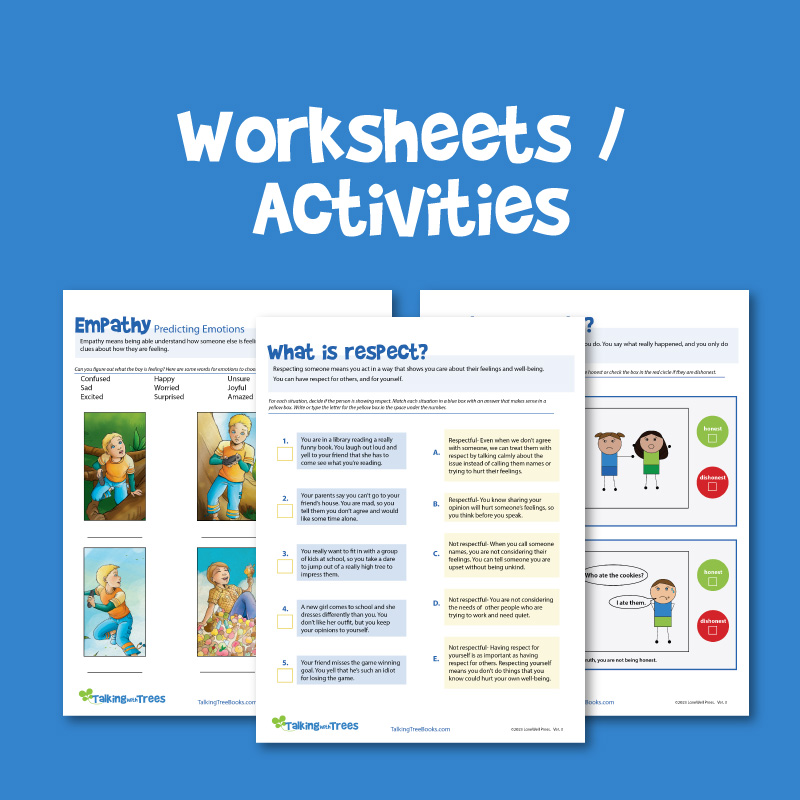 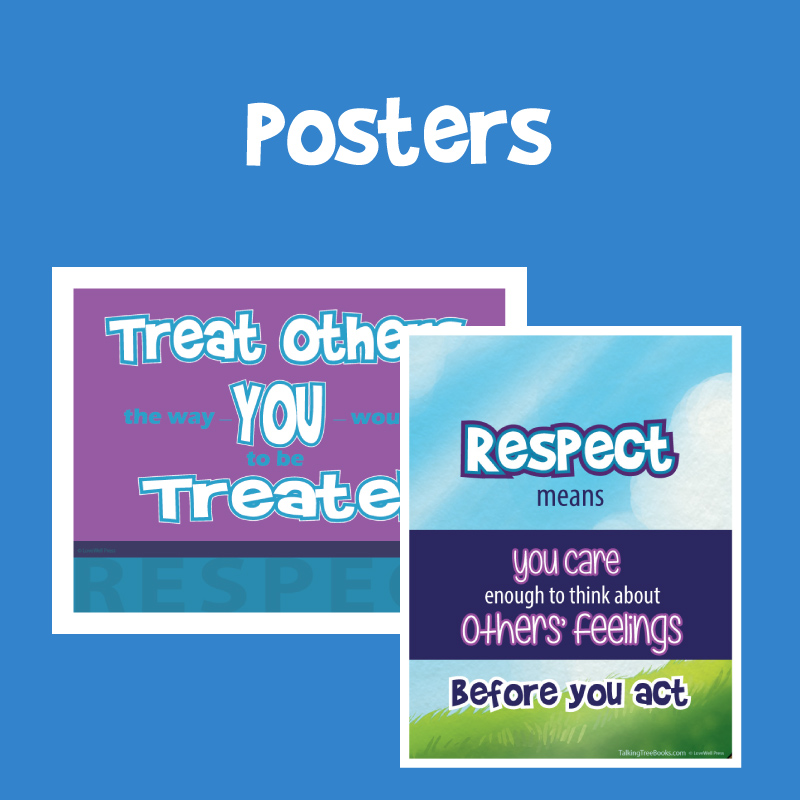